We finally finished RuPaul’s Drag Race. We’re now watching RuPaul’s Drag Race All-Stars! They’re only six episodes long each so that won’t take long at all. We also rewatched Miss Fisher’s Murder Mysteries which we love and thankfully the Kickstarter for the film hit its target on the first day and is currently at over $500,000. We’re also watching Bake Off, which may not be as good now it’s on C4 is still pretty good. And The Crystal Maze is so funny with Richard Ayoade. We also watched Guardians Of The Galaxy 2. Finally! 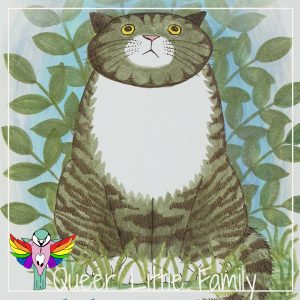 I rejoined the library last month. I don’t think I’ve been a member of Ceredigion Library since I was about 19. And when I was in Leicester I kept joining the library, borrowing books and then not going back because of my anxiety. I figured though, if I know I’m going to be in Aber once a week, and I work in a town with a library I’ve a good chance at actually taking my books back. So this month I’ve just read Girl Missing, Tess Gerritsen’s first thriller. Hopefully, I’ll read more and more. I signed Snappy up with his own card too but didn’t borrow anything for him yet. Bethend is working her way through a few Cadfael books we bought at the carnival and Snappy has a couple of new Mog books, and likes reading books to us and kissing the animals in his touch and feel books.

Wrote a poem this month, a few hundred words on a story I’m working on and of course the usual blog posts.

I mostly worked too much last month to go anywhere. Snappy spent some time with his godmother around Aber and we watched her to the Parkrun in  Aberystwyth. We also took our kites down to the beach and successfully flew them. Well, mostly successfully. Tommy let go of his monkey kite. Twice. Luckily the wind was blowing inland and it got caught on one of the caravans. 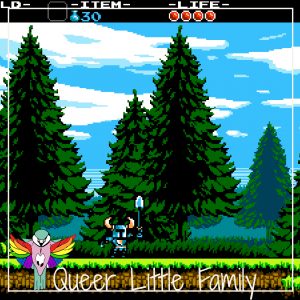 On payday, I got some new games. So I’ve been playing Shovel Knight on the enthusiastic recommendation of my wife (she was not wrong). I also got Lego Avengers and Lego Worlds and have been playing those three in rotation. I love all three. Shovel Knight is a great game and I really enjoy lego games. They’re always very funny and I like destroying things. It’s very therapeutic. As well as Age Of Empires 2 HD cause I every so often I get the craving. I also got Tearaway Unfolded but I’ve not started that yet.

And in September we christened my son, and my best friend came to stay (she’s his godmother). Unfortunately, I had to work most of the time she was here and it was also the week I ended up in the hospital because of my allergies. She was then sick the day before she flew home to Dublin. This week was particularly stressful at work, which definitely resonated at home. Snappy got his first tooth finally and had been walking all over the house and he finally got his birthday fish tank setup and some fish in it. Only a few at the moment to get it going. We’ll add more down the line. I’ll post about it when it’s all full.

This is the lid who went to meet their teacher and

Fresh hair for the first day of school tomorrow.