If you’ve followed us online you’ll know that Bethend is pregnant. Much like with Snappy, everyone knew about this. More so than last time actually. There has been a degree of openness that I will come back to.

Last week was the 12 week scan and all we really discovered was that my second child is as awkward as my first.

We had our first scan last week, and it did not quite go to plan. I’d managed to get my mum to come babysit (and be on time) and get to the hospital on time (in plenty of time).

Beany baby was facing the wrong way. Spectacularly so. So, they sent us off for ten minutes to have a drink and a bounce around to try and convince the baby to move.

Baby did not move.

They couldn’t even get a vague measurement of the length. So they booked us in for midday and told Bethend to drink more water and keep moving. So we walked down the hill so I could get a flu jab and then back again. Baby had moved slightly but not enough to take the measurements needed. We didn’t get home until after 2 pm (and I went to vote) and bless my mother who stayed with him and was rescued many times by Snappy as she kept spontaneously combusting apparently. Also, in a bid to put a film on she unplugged everything from my PlayStation as I don’t have a DVD player or terrestrial tv. She was not successful. They managed fine.

Normally, they wouldn’t scan again until the baby has grown a bit, but they managed to get us in for a scan last week. While the week before my mum had been able to sit with Snappy, this time everyone was in or in Camarthen (on separate unrelated outings it seemed) so we had to take him with us.

Which is what I wanted to do anyway. I kinda want us to go through this as a family like we do everything else. I want him to be as much as part of this as he can be. He’s really quite excited about the baby and is full of name ideas and questions about the baby. He was really keen to see the special camera that looks inside you.

He was really good, he just sat quietly in my lap and only really started wanting attention when we were reaching lunchtime. He wasn’t disruptive though, just distracting.

This scan was much more successful. Beany was still in the wrong position and facing down but they were able to get all the measurements. They worked the due date out as 24th June, which is only two days ahead of our own date (based on donation day). They also did all the tests and took Bethend’s blood and set us up for the next lot of appointments and scans.

Luckily I’ve been saving some holiday time to take off for these appointments. I hate missing appointments, though as with Snappy, I missed the very first appointment but attended every single one after that.

I’m really excited about this, especially now I’ve seen the baby and seen its heartbeat. Bethend isn’t as sick as she was a few weeks ago but her hips hurt a lot. It’s not been easy dealing with an active toddler and being pregnant, and this time around seems to be very different physically at least.

The anxiety and emotions are very much the same. I don’t think that’s ever going to change, and probably the same for everyone.

We’re going to have another baby and they’re gonna be as amazing as Snappy. 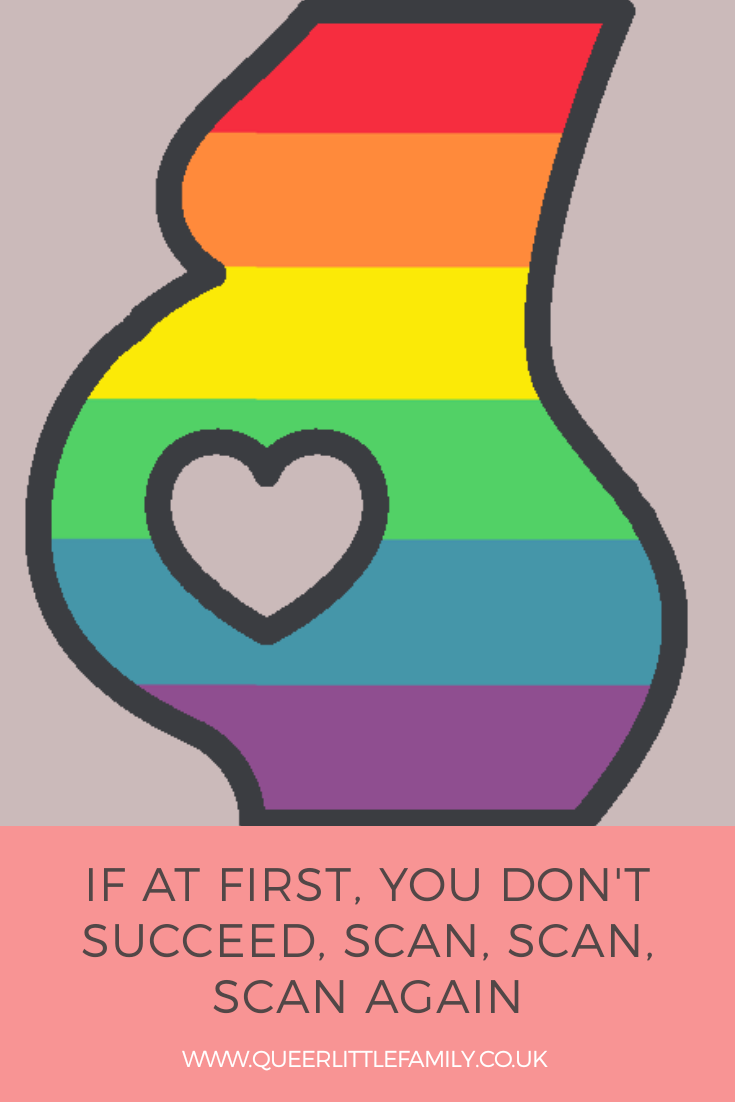